Stuart Dryburgh is an English-born New Zealand cinematographer now working in Hollywood. He completed a degree in architecture at the University of Auckland but subsequently moved into the film industry. He was nominated for the Academy Award for Best Cinematography for his work on the 1993 romance film The Piano but lost to Janusz Kaminski for Schindler's List.
Read full biography

There are 36 movies of Stuart Dryburgh.

Once Were Warriors (1995) As Director of Photography, he was 43 years old

Bridget Jones's Diary (2001) As Director of Photography, he was 49 years old 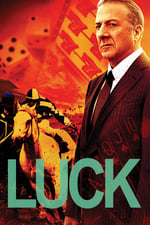 Luck He was 59 years old

He graduated from University Of Auckland

When is Dryburgh's next birthday?

Other facts about Stuart Dryburgh

Stuart Dryburgh Is A Member Of