Steven Earl Jones is an American physicist. Among scientists Jones became known for his long research on muon-catalyzed fusion. Otherwise Jones is mostly known for cofounding Scholars for 9/11 Truth in 2005 then leaving and founding Scholars for 9/11 Truth and Justice in 2006 both concerned with the 2001 attacks on the World Trade Center. read more

His first feature film was TerrorStorm: A History of Government-Sponsored Terrorism (2006, as Steven Jones). He was 57 when he starred in this movie. Since 2006, he has appeared in 2 feature films. The last one is Hypothesis (2010). In this movie, we watched him as himself .

TerrorStorm: A History of Government-Sponsored Terrorism (2006) As Steven Jones, he was 57 years old

Steven E. Jones Is A Member Of 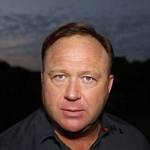