Steven Eugene Steve Swisher is a former Major League Baseball catcher who played for the Chicago Cubs St. Louis Cardinals and San Diego Padres from 1974 to 1982. Swisher was elected to the 1976 National League All-Star team with the Cubs but did not play in the game. He is the father of Cleveland Indians first baseman Nick Swisher.
Read full biography

He has one child, Nick (41, American baseball player) . When his first child, Nick Swisher, was born, Steve Swisher was 29 years old.

When is Swisher's next birthday?

Other facts about Steve Swisher 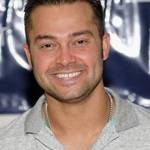 Steve Swisher Is A Member Of 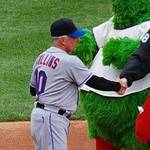