Steve London is an American television and film actor and attorney best known for his role as Federal Agent Jack Rossman on the ABC/Desilu Television series The Untouchables from 1959–1963 which starred Robert Stack as Eliot Ness. In the series Rossman was The Untouchables' wire tap specialist.
Read full biography

There are 13 movies of Steve London:

That Beautiful Somewhere (2007) As Original Music Composer, he was 76 years old

Shallow Ground (2005) As Original Music Composer, he was 74 years old 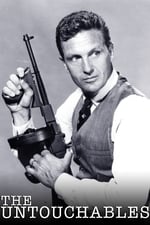 The Untouchables He was 29 years old

Other facts about Steve London

Steve London Is A Member Of