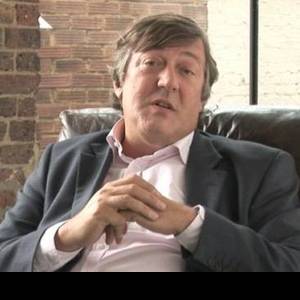 Stephen Fry is a British comedian. He was born on August 24, 1957 (63 years old) in Hampstead as Stephen John Fry. His nickname is Fry Stephen.

Stephen John Fry is an English comedian actor writer presenter and activist. After a troubled childhood and adolescence during which he was expelled from two schools and spent three months in prison for credit card fraud he secured a place at Queens' College Cambridge where he studied English literature. While at university Fry became involved with the Cambridge Footlights where he met his long-time collaborator Hugh Laurie. read more

He graduated from Queens' College

The Hobbit: The Battle of the Five Armies (2014) As Master of Laketown, he was 57 years old

The Hobbit: The Desolation of Smaug (2013) As The Master of Laketown, he was 56 years old

Stephen Fry Is A Member Of

When is Fry's next birthday?