Shitaye Gemechu is an Ethiopian long-distance runner who specializes in marathon races. Shitaye was the women's winner of the Rock 'n' Roll Arizona Marathon for the years 2004 - 2006. She won the 2007 edition of the Treviso Marathon. Shitaye first came to prominence with a win at the 2001 Amsterdam Marathon. She went on to represent Ethiopia in the marathon at the World Championships in Athletics four times consecutively from 2001 to 2007. read more

Shitaye Gemechu Is A Member Of 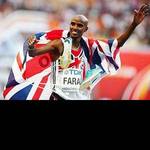 When is Gemechu's next birthday?