Sean Ronald Hill is an American former professional ice hockey defenseman who played 17 seasons in the National Hockey League for eight different teams. He won the Stanley Cup in 1993 with the Montreal Canadiens. read more

How tall is Sean Hill?

He graduated from Hampshire College and University Of Lausanne

Sean Hill Is A Member Of 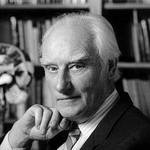