She won four singles and five doubles *les on the WTA Tour during her career. The right-hander reached her highest individual WTA ranking on 25 August 1997, when she became the No. 15 of the world. Between 2009 and 2013 she was the president of Romanian Tennis Federation. Her best performance at a Grand Slam tournament came when she got to the quarterfinals of the 1997 French Open, defeating Sonya Jeyaseelan, Yayuk Basuki, Karina Habšudová and Nicole Arendt before losing to the eventual champion, Iva Majoli.

Dragomir retired from professional tennis in 2005.

Description above from the Wikipedia article Ruxandra Dragomir, licensed under CC-BY-SA, full list of contributors on Wikipedia. 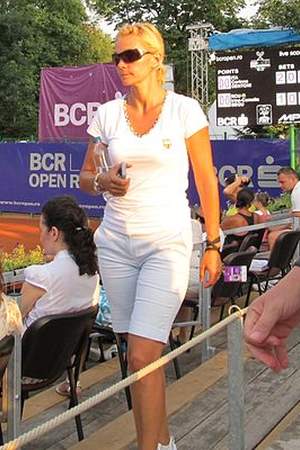