Roy Huggins pen name John Thomas James was an American novelist and an influential writer/creator and producer of character-driven television series including Maverick The Fugitive and The Rockford Files.
Read full biography

There are 33 movies of Roy Huggins.

The Rockford Files: Punishment and Crime (1996) As Creator, he was 82 years old 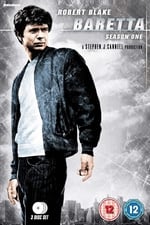 Baretta He was 60 years old

Hunter He was 70 years old

The Virginian He was 48 years old

Cool Million He was 58 years old

Other facts about Roy Huggins

Roy Huggins Is A Member Of