Gl* was born in Evansville, Indiana, the son of Lethia and Crump Gl*.

After graduating from St. Francis Seminary in 1964, Gl* attended the University of Evansville, where he received a Bachelor of Arts, double majoring in drama and literature. Years later, the university awarded him its Medal of Honor. Gl* said in 2007 he knew while he was in college that he wanted to act. With a teacher's encouragement, he performed in a play and went on to an acting career.

The following season, Gl* also co-starred with Demond Wilson on television in a remake of The Odd Couple, called The New Odd Couple. On December 13, 1985, he played a soul-collecting devil opposite Sherman Hemsley's mathematics professor in an episode of the revived Twilight Zone series. In 1992, he co-starred in the sitcom Rhythm and Blues, a kind of "black WKRP", playing "the fifth Top" opposite Roger Kabler.

After that, Gl* appeared in dozens of television series, including sitcoms such as Family Matters and the series Teen Angel, where he played God's cousin Rod. He had a guest appearance in the Star Trek: Voyager episode "Nightingale". He was a series regular in the science fiction series Firefly (2002) and the sequel film Serenity (2005), in which he played Derrial Book, a Christian "Shepherd" with a mysterious past. Gl* provided the voice of Randy Carmichael for the Nickelodeon series All Grown Up! and Rugrats, and the character Garth in the video game Fable II. In 2008 he appeared in the film Lakeview Terrace alongside Samuel L. Jackson and starred in the 2010 version of Death at a Funeral as Duncan.

Gl* never married, was a devout Buddhist, and a member of Soka Gakkai International. He died of respiratory failure on November 25, 2016, at the age of 71. He is interred at the Rose Hills Memorial Park in Whittier, California.

Description above from the Wikipedia article Ron Glass, licensed under CC-BY-SA, full list of contributors on Wikipedia. 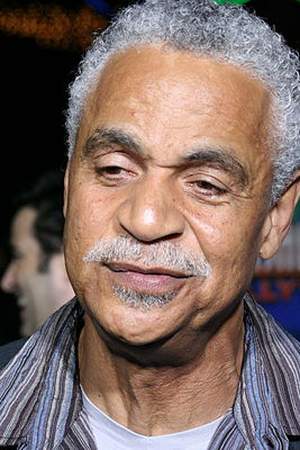