In the Prussian Army, August was *igned initially to the Gardes du Corps and a year later he was promoted to Major. In 1836, August was further promoted to Lieutenant Colonel and in 1838 to Colonel. He served as commander of the Guards Cuir*ier Regiment. In 1844, as Major General, August *umed the leadership of the 1st Guards Cavalry Brigade and as early as 1850 he was promoted to Lieutenant General. From 1854 to 1856 he commanded the 7th Division in Magdeburg. In September 1857, August served as Commanding General of III Corps, but as of 3 June 1858 became commanding general of the Guards Corps. He held the position for 20 years.

In the Austro-Prussian War of 1866, August (by now a General of the Cavalry) and his corps belonged to the Second Army under Crown Prince Frederick William of Prussia. He led it into the victorious battles of Soor and Burkersdorf. The Battle of Königgrätz on 3 July 1866 witnessed the decisive occupation of Chlum (now part of Všestary, known for its cemetery) by his units. However, a significant share of their victories were attributed to August's chief of staff, Lieutenant Colonel Ferdinand von Dannenberg. After the campaign, William I of Prussia awarded August the Order of Pour le Mérite, and appointed him honorary Colonel-in-Chief of the Posen Uhlan Regiment Number 10 in Züllichau, which bore its name until its dissolution in 1919.

In the Franco-Prussian War, the Guard Corps participated in the Battle of Gravelotte-Saint Privat on 18 August 1870. The attack on the broad plain was made hastily and without supporting artillery fire. Even the subsequent envelopment of the enemy by the Royal Saxon Army troops could not therefore be exploited. The Guard Corps, under the leadership of August, was *igned to Albert, Crown Prince of Saxony, and participated in the Battle of Sedan, and in part in the Siege of Paris. Chief of Staff during the later campaign was still Ferdinand von Dannenberg, by now promoted to Major General.

After the war ended, August von Württemberg continued in command of the Guard corps. For his war service, the king awarded him the Oak Leaves of the Pour le Mérite and both cl*es of the Iron Cross. On 2 September 1873, he was appointed Colonel General of the Cavalry with the rank of Field Marshal. In June 1878, August was transferred to the Oberkommando der Marken, replacing Field Marshal Friedrich Graf von Wrangel, and remained in this position for another four years. On 24 August 1882, he asked for his discharge from active duty, which was granted to him by making him a Knight of the Order of the Black Eagle.

During a hunting trip in Zehdenick near Berlin, August died on 12 January 1885. His funeral was held four days later at Berlin's Garnisonkirche. He was transferred to Ludwigsburg Palace where he was interred at the palace chapel. Fort August von Württemberg, one of the inner belt of fortifications of the Fortifications of Metz, was named in his honor.

As a prince of the Royal House of Württemberg since 1830, August was one of the lords in the Württembergische Landstände, but never took part in their meetings. He was represented by other members of the chamber, the last one being Andreas Renner.

August married morganatically to Marie Bethge on 14 November 1868. August and Marie had one daughter:

Media related to Augustus of Württemberg (1885) at Wikimedia Commons

Description above from the Wikipedia article Prince August of Württemberg, licensed under CC-BY-SA, full list of contributors on Wikipedia. 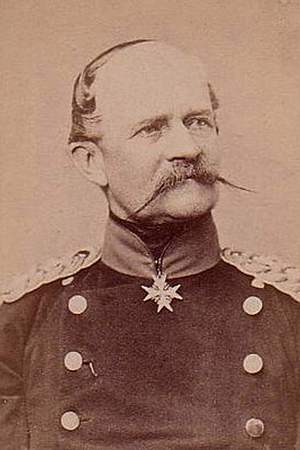