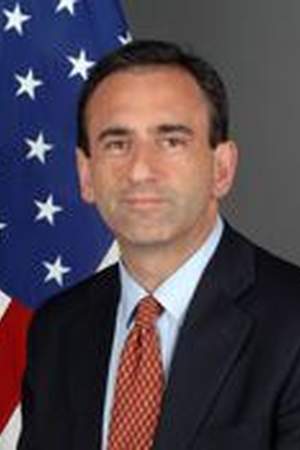 Philip H. Phil Gordon is an American diplomat foreign policy expert and former Assistant Secretary of State for European and Eurasian Affairs. On March 2 2013 the White House announced that Gordon would join the National Security Staff as Special Assistant to the President and White House Coordinator for the Middle East North Africa and the Gulf Region effective as of March 11 2013.
Read full biography

He has one child, Pamela .

There are 5 movies of Philip Gordon.

The A-Team He was 19 years old

He graduated from Johns Hopkins University and Ohio University

Other facts about Philip Gordon