. Patricia Smith Lasell was an American actress who appeared in film and television roles from the early 1950s through the 1990s. Description above from the Wikipedia article Patricia Smith, licensed under CC-BY-SA,full list of contributors on Wikipedia.
Read full biography

There are 15 movies of Patricia Smith.

The Bob Newhart Show She was 42 years old 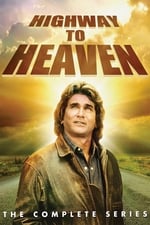 Highway to Heaven She was 54 years old

Gunsmoke She was 25 years old

Other facts about Patricia Smith

Patricia Smith Is A Member Of