Pablo Urtasun Pérez is a Spanish professional road bicycle racer for UCI Continental team PinoRoad. In 2013 Urtasun earned his team's first victory of the season by outsprinting his rivals in the first stage of the Vuelta a Castilla y León. Urtasun joined the PinoRoad squad for the 2014 season after his previous team – Euskaltel-Euskadi – folded at the end of the 2013 season.
Read full biography

How tall is Pablo Urtasun?

When is Urtasun's next birthday?

Other facts about Pablo Urtasun

Pablo Urtasun Is A Member Of 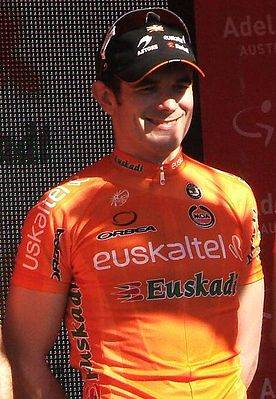