Oliver Hilary Sambourne Messel was an English artist and one of the foremost stage designers of the 20th century.
Read full biography

There are 4 movies of Oliver Messel.

Suddenly, Last Summer (1959) As Production Design, he was 55 years old

Other facts about Oliver Messel 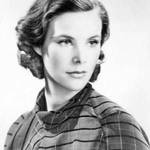 Oliver Messel Is A Member Of