Nina Hansen actress from Denmark from .

There are 4 movies of Nina Hansen.

Her first feature film was The Exorcist III (1990, as Little Old Lady). Since 1990, she has appeared in 4 feature films. The last one is Song of My Heart (1948). In this movie, she played the character Sophie's Mother .

Other facts about Nina Hansen

Nina Hansen Is A Member Of 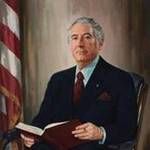