Nathanaël Karmitz is a Film producer. He was born on August 08, 1978 (43 years old) in Boulogne-Billancourt. 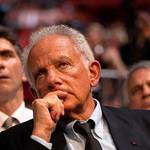 When is Karmitz's next birthday?

Nominated Academy of Canadian Cinema and Television Award for Best Motion Picture in 2014 .

Other facts about Nathanaël Karmitz

Nathanaël Karmitz Is A Member Of