Nathan Corbett started practicing martial arts with karate at the age of 14, which then led him to shoot boxing and Muay Thai.

Corbett turned professional in 1997 and rose to national prominence in 2002 when he defeated Australian legend Scott 'The Cannon' Bannon with a slicing right elbow. He then followed up this strong performance with a 1st-round KO win over Clifton Brown of Canada, winning his first WMC World *le.

At 3rd MARS World Fighting GP in Chiba, *an in 2006 he suffered his first KO loss of his career against American Heavyweight Alex Roberts.

Corbett vs. Spong I

Corbett’s career is undoubtedly tied to that of Tyrone Spong. The two fought for the first time in Jamaica in 2009 in a highly anticipated bout of heavyweight kick boxers at the peak of their respected careers. It would be a major test for Corbett as Spong was the not only the most decorated fighter he would challenge at that point but the bout would be under modified kickboxing rules, eliminating Corbett's ability to use his infamous elbows.

In what was considered a controversial bout Corbett knocked Spong out in the third round. Spong, to his credit, managed to rise back to his feet, however referee Paolo Tocha stopped the fight as Spong was visibly staggering. As the signal was given to stop the fight, Corbett misinterpreted this as a restart and began to strike Spong further. This led to Paolo Tocha stopping the fight altogether and ruling the bout a no contest.

He was scheduled to face Nikolaj Falin at Kings of Kombat 8 in Melbourne on 8 December 2012 but his opponent pulled out due to health issues.

He was then reported to be fighting Dzianis Hancharonak at Total Carnage III in Gold Coast on 9 March 2013 but Hancharonak was already penciled in to face another opponent close to that date and did not accept the fight, and so Javlon Nazarov stepped in. Finally, Nazarov was replaced by Kamil Sokolowski of Poland Sokolowski began the contest with heavy pressure but was countered viciously with knees and finally a right elbow to the temple of Sokolowski handing Corbett a KO victory 20 seconds into the first round.

He signed a two-fight contract with Glory in July 2013. In his long-awaited rematch with Tyrone Spong at Glory 11: Chicago - Heavyweight World Championship Tournament in Hoffman Estates, Illinois, United States on 12 October 2013, he was dropped twice with left hooks in round two and lost by TKO.

Competing for the inaugural Glory Light Heavyweight Championship, he fought in the Glory 15: Istanbul - Light Heavyweight World Championship Tournament in Istanbul, Turkey on 12 April 2014. In the semi-finals against Gökhan Saki, Corbett was struck with a left overhand to the ear, or what's infamously referred to as the "Saki Bomb". Corbett's ear exploded, which led to part of the ear openly hanging off. The ringside physician intervened and referee Al Wichgers called a halt to the fight at the 2:35 of Round 1, handing Corbett a TKO loss and eliminating him from the tournament.

In a twisted turn of events, Saki would go on to face Tyrone Spong in the finals. 1:30 into Round 1 Spong attempted a right low kick from the southpaw stance. Saki, standing orthodox, checked the kick, resulting in Spongs leg breaking. Spong then stepped back onto the broken leg before falling to the canvas. The referee immediately stopped the bout.

Corbett is a regular contributor to FIGHTMAG, where he writes the 'Carnage Diary'.

In 2017 Corbett launched the 'Ultimate Warrior Retreat' in Bali, Indonesia. Described as 6 days of training the body and mind through the art of yoga and Muay Thai, as well as mentoring talks and cultural beauty.

Description above from the Wikipedia article Nathan Corbett, licensed under CC-BY-SA, full list of contributors on Wikipedia. 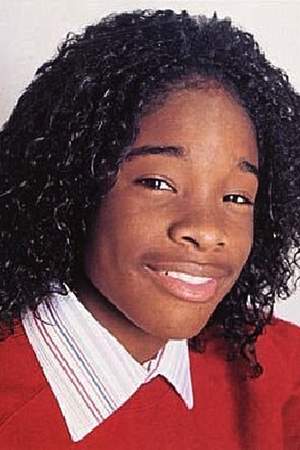