Millard Mitchell was an American character actor whose credits include roughly thirty feature films and two television appearances. Born in Havana Mitchell appeared as a bit player in eight films between 1931 and 1936. He returned to film work in 1942 after a six-year absence.
Read full biography

There are 27 movies of Millard Mitchell.

The Girl on the Magazine Cover (1940) As Photographer, he was 36 years old

Other facts about Millard Mitchell

Millard Mitchell Is A Member Of 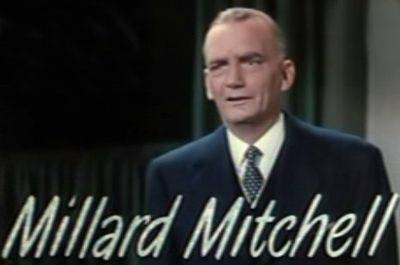