Martin Aronstein was an American lighting designer whose Broadway career spanned thirty-six years. Born in Pittsfield Massachusetts Aronstein attended Queens College in Flushing New York. In 1957 following a performance sponsored by the New York Shakespeare Festival he approached a backstage worker and asked if he could help break down the set.
Read full biography

He graduated from Queens College

Other facts about Martin Aronstein

Martin Aronstein Is A Member Of 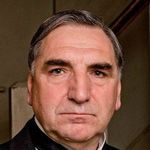