There are 17 movies of Mark Miller.

That Girl He was 41 years old

The Streets of San Francisco He was 47 years old

Cannon He was 46 years old

He graduated from Florida State University

Other facts about Mark Miller 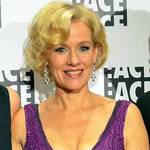 Mark Miller Is A Member Of