Marisol Nichols (born November 2, 1973) is an American actress, known for her roles as Nadia Y*ir on the Fox series 24 and Hermione Lodge on the CW drama series Riverdale.

Nichols was born in the Rogers Park neighborhood of Chicago, Illinois, and grew up in Naperville, Illinois, with her mother (an American of Mexican ancestry), and her stepfather, Randy. Her biological father is of Russian-Jewish and Hungarian-Jewish descent. She is the oldest of three siblings, having two younger brothers.

In 1996, she appeared in episodes of Due South and Beverly Hills, 90210. In 1997, she made her movie debut as Audrey Griswold in the film Vegas Vacation with Chevy Chase and Beverly D'Angelo. She also had supporting roles in the films Scream 2, Friends 'Til the End, Can't Hardly Wait, Jane Austen's Mafia and The Sex Monster.

From 2000 to 2002, she starred in the Showtime drama series Resurrection Blvd.. In 2001, she played Bahraini Princess (Sheika) Meriam Al Khalifa in the made-for-TV movie The Princess and the Marine. In 2003, she made guest appearances on episodes of Friends, CSI: Crime Scene Investigation, Law & Order: Special Victims Unit, Nip/Tuck and Charmed. Marisol's Charmed episode, "Chris-Crossed", was the show's highest-rated non-season-premiere episode. In 2006, she appeared in six episodes of Cold Case and starred in the film Big Momma's House 2.

In 2010, Nichols portrayed Sarah Monahan in the short-lived supernatural crime drama The Gates, a summer series on ABC.

She also was a guest star in an episode NCIS: Los Angeles in 2010, as Tracy Keller, former partner and potential romantic interest for Special Agent G. Callen (Chris O'Donnell). Nichols' character appears in the sixth episode of Season 2. She also had a cameo in Kristin Chenoweth's music video for "I Want Somebody (* About)". Nichols also portrayed "The Desert Wolf" on MTV's show Teen Wolf.

In 2017, Nichols began starring as Hermione Lodge, the mother of Veronica Lodge, in the teen drama series Riverdale, loosely based on the Archie comic book series. On February 23, 2020, Nichols announced that she would be leaving Riverdale ahead of its fifth season, making season four her last on the show. However, in June 2020, Nichols revealed that after having a talk with showrunner Roberto Aguirre-Sacasa, she would be staying on for season five.

In November 1999, Nichols married Andrea Sorrentino, whom she met in Italy while filming the movie My Father's Shoes. They later divorced. In April 2008, she married director Taron Lexton. They have a daughter, born in September 2008. In November 2018, Nichols filed for divorce.

In the 1990s, Nichols became a Scientologist, having been introduced to it by her chiropractor.

In an interview with Marie Claire, Nichols stated that she was raped when she was eleven, and that it "changed the entire trajectory of life in a day." This inspired her to start a non-profit organization called Foundation for a Slavery Free World and has regularly spoken publicly about sex trafficking and ways to prevent children from becoming trafficked victims.

In 2012, as her career slowed down, Nichols began working with former FBI and CIA agents, Navy SEALs and Green Berets, as well as local law enforcement who have left government agencies and gone independent to help trap child sex predators. Her role involved acting as "bait", playing whatever role the situation called for, such as pretending to be a parent who was pimping out a child. In partnership with nonprofit organization Operation Underground Railroad, Nichols' work took her across the United States and other countries globally, including Haiti and Venezuela.

Nichols at the 2012 Alma Awards

Description above from the Wikipedia article Marisol Nichols, licensed under CC-BY-SA, full list of contributors on Wikipedia. 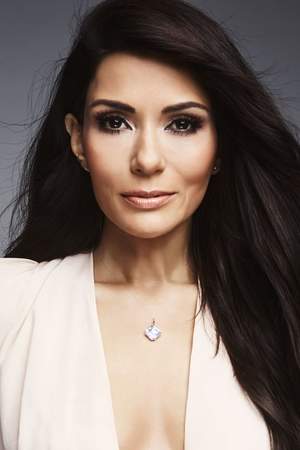