Marilynne Summers Robinson is an American novelist and essayist. She has received several awards including the Pulitzer Prize for Fiction in 2005 and the 2012 National Humanities Medal.
Read full biography

Her first feature film was Housekeeping (1987). She was 43 when she starred in this movie.

Other facts about Marilynne Robinson

Marilynne Robinson Is A Member Of 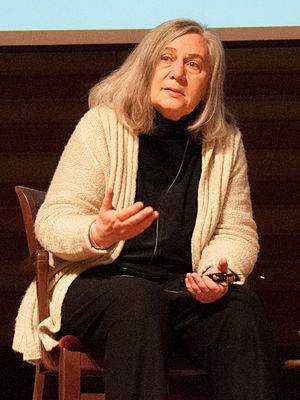