Maria Lindsay Bliss was an English composer and songwriter. She was born in Wimbledon and married the Reverend John Worthington Bliss in 1858. She was one of the first women to achieve commercial success as an English songwriter in the 19th century obtaining an exclusive contract with publisher Robert Cocks in London. She died in Betteshanger Kent.
Read full biography

Other facts about Maria Lindsay 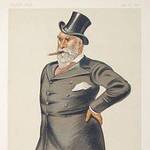 Maria Lindsay Is A Member Of