Margaux Farrell is a French-American swimmer who won a bronze medal at the 2012 Summer Olympics for France. She also holds 4 school records consisting of the 100 200 and 500 freestyle as well as the 100 backstroke.
Read full biography

Awarded Knight of the National Order of Merit .

When is Farrell's next birthday?

Other facts about Margaux Farrell

Margaux Farrell Is A Member Of 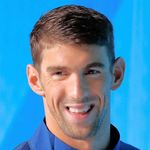