Margaret Lacey was a Welsh actress and ballet teacher. She lived in retirement at Wern in the snowdonia village of Rowen Conwy. She appeared in over 30 films between 1957 and 1985 mostly playing a sweet old lady or motherly figure in minor roles.
Read full biography

There are 9 movies of Margaret Lacey.

Her first feature film was Diamonds Are Forever (1971, as Mrs. Whistler). She was 61 when she starred in this movie. Since 1971, she has appeared in 9 feature films. The last one is Suspect (1960). In this movie, she played the character Prince's Secretary . 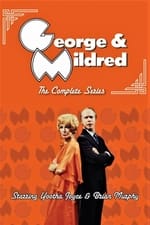 George and Mildred She was 66 years old

Other facts about Margaret Lacey

Margaret Lacey Is A Member Of