Maeda Munetoki was a Japanese daimyo of the Edo period who ruled the Kaga Domain. First known as Inuchiyomaru he inherited family headship in 1745 following the death of his father Yoshinori. However Munetoki himself did not live long and died in 1747. The headship of the Kaga domain passed to his younger brother Shigehiro. read more

Maeda Munetoki Is A Member Of 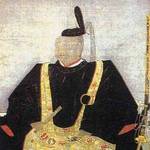 When is Maeda Munetoki's next birthday?

Maeda Munetoki was born on the 5th of June 1725, which was a Tuesday