L. Scott Caldwell (born Laverne Scott; April 17, 1950) is an American actress perhaps best known for her roles as Deputy U.S. Marshall Erin Poole in The Fugitive (1993) and Rose on the television series Lost.

Born the middle child in Chicago, Illinois, to working-cl* parents, Laverne Scott grew up in the Woodlawn neighborhood on the South Side. At a high enrollment elementary school, she attended the morning session, and her older siblings went to school in the afternoon. When the school released her at noon she was escorted to a neighborhood theater where she was minded by a friend of her mother. While attending Hyde Park High School, she joined the drama club.

Her cl* went to see a performance of A Day of Absence, featuring Douglas Turner Ward, a co-founder of The Negro Ensemble Company. It was the first time she saw professional black actors on stage. After graduating high school in 1967, she attended Northwestern University. She left after one year and went to work full-time as an operator at Illinois Bell. She got married and had a son. She transferred her credits to Loyola University-Chicago and earned a bachelor's degree in Theater Arts and Communications.

Caldwell planned on a teaching career and taught at Chicago High School of the Performing Arts. She also worked a year for the Chicago Council on Fine Arts as an artist-in-residence. While in Chicago Caldwell performed in local theatrical productions at the Body Politic, Court Theater, and Eleventh Street Theater. She went to New York in 1978 to audition for Uta Hagen's school HB Studio. While waiting to audition she saw an ad for The Negro Ensemble Company. After her audition at Hagen's school, she took the subway to the NEC.

Caldwell was initially rebuffed by the person who interviewed her but she insisted on meeting with Ward. She used the three pieces she performed at her audition for Hagen. She was accepted by both Hagen and Ward. During her first season at NEC Caldwell performed in several plays. One of those plays, Home, by Samm Art Williams, took her to Broadway's Cort Theatre in 1980. The play was critically acclaimed and earned a Tony Award nomination for Charles Brown. After Home closed Caldwell worked in several regional theater productions including Boesman and Lena at Milwaukee Repertory Theatre and A Raisin in the Sun at Studio Arena Theatre in Buffalo, New York.

In December 1984, while working in Play of Giants, Caldwell was struck by a car while hailing a cab on Columbus Avenue in New York. She suffered a severe back injury and was unable to work for nearly two years. Her first audition after her recovery was for August Wilson's Joe Turner's Come and Gone. Her performance as Bertha Holly earned her a 1988 Tony Award. Soon after winning the Tony, she moved to southern California to work in television and film. She is extremely busy, working in several cities in the U.S., Canada, and South Africa, and continues to work in theater. She returned to Broadway in 1997 as the lead in Neil Simon's short-lived Proposals. After Proposals closed Caldwell performed the role of Leah, Little Augie's sister, in New York City Center's "Encores! Great American Musicals in Concert" production of St. Louis Woman.

In 2006, she made her Goodman Theatre debut in Regina Taylor's The Dreams of Sarah Breedlove. In 2011, she took on the role of Lena Younger in the Ebony Repertory Theatre production of the Lorraine Hansberry cl*ic A Raisin in the Sun. The play was directed by Phylicia Rashad. Caldwell, along with the entire cast, was nominated for the LA Stage Alliance 2011 Ovation Award for her work as Lena, for which she won the 2011 Los Angeles Drama Critics Circle Award.

In 2016, she was part of the six-part PBS Civil War drama miniseries Mercy Street.

In her early twenties, Scott married John Caldwell and had a son, Ominara. She was divorced in the early 1980s and was married again (on her birthday) in 2004 to artist/photographer/director Dasal Banks. Banks suffered from cancer and died in May 2005. Caldwell completed her husband's final film, My Brothers and Me, a do*entary created to raise awareness about prostate cancer among black men.

Caldwell gives lectures and appears on panels concerning African American actors. In 2007, she participated in tributes to August Wilson at Goodman Theatre in conjunction with Congo Square Theatre Company in Chicago, and at St. Louis Black Repertory Company. In June 2008, she participated in the NAACP Theatre Awards Festival Actors on Acting panel. In June 2009, Caldwell moderated a panel of actors, directors, and casting directors discussing African American Images in Hollywood. In February 2010, she directed a staged reading of Standing On My Sisters' Shoulders for the Los Angeles chapter of Actors Equity *ociation.

Description above from the Wikipedia article L. Scott Caldwell, licensed under CC-BY-SA, full list of contributors on Wikipedia. 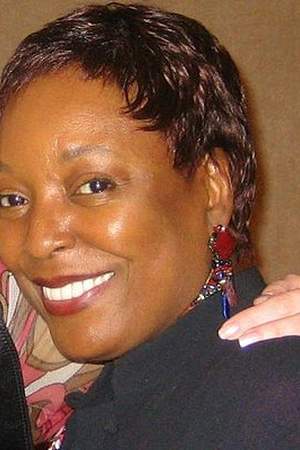