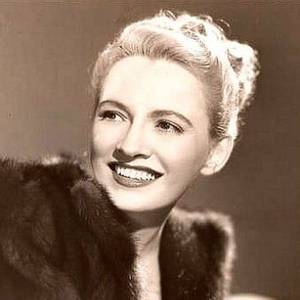 Kitty Kelly was an American stage and film character actress. She was best known as a member of the Ziegfeld Follies and her radio hosting with Columbia Broadcasting. One of her best remembered roles is that of Lt. Ethel Armstrong in the 1943 Paramount wartime drama So Proudly We Hail!. However she is probably more infamously remembered in the Hal Roach Our Gang comedy short Beginner's Luck which was released by M-G-M in 1935. read more

Her first feature film was Road to Singapore (1940, as Sailor's Wife). She was 37 when she starred in this movie. Since 1940, she has appeared in 25 feature films. The last one is The Lemon Drop Kid (1934). In this movie, she played the character Cora Jennings .

Hold Back the Dawn (1941) As American Lady at Bullfight (uncredited), she was 39 years old

Letter to Loretta She was 51 years old

Perry Mason She was 55 years old

Kitty Kelly Is A Member Of

When is Kitty Kelly's next birthday?