Carlina Renae White (born July 15, 1987), also known as Nejdra "Netty" Nance, is an American woman who solved her own kidnapping case and was reunited with her biological parents 23 years after being abducted as an infant from the Harlem Hospital Center in New York City. The case represents one of the longest known gaps in a non-parental abduction in which the victim was reunited with the family in the United States. For years, Carlina was living with a woman she thought was her mother, who was in fact her kidnapper. She was portrayed by Keke Palmer in the Lifetime film Abducted: The Carlina White Story.

Carlina was 19 days old when her parents, Joy White and Carl Tyson, took her to the hospital with a fever of 104:°F (40:°C) on August:4, 1987. She had swallowed fluid during her delivery and had an infection. A woman reportedly dressed as a nurse had comforted the parents at the hospital, but was not a hospital employee. The woman had been seen around the hospital for three weeks prior to the abduction. The baby disappeared during the early morning, around 2 am when the shifts were changing. The hospital had video surveillance, but at the time it was not working. There was no way of knowing what the woman in white looked like except for the description given by Joy White and Carl Tyson. The baby had been receiving intravenous antibiotics when, between 2:30:am and 3:55:am, someone removed the IV line and abducted her. A guard said a woman matching the suspect's description left the hospital at 3:30:am, and that no infant was visible, although the baby could have been concealed in the heavyset woman's smock.

The case was the first known infant abduction from a New York hospital.

Carlina Renae White was raised as Nejdra "Netty" Nance by Annugetta "Ann" Pettway in Bridgeport, Connecticut, just 45 miles from where her parents had lived. White attended Thomas Hooker School and graduated from Warren Harding High School in Bridgeport. Pettway and White later moved to Atlanta, Georgia. White grew suspicious during her teens that Pettway was not her biological mother, because of her inability to provide a birth certificate.

Later that evening, in a state of shock, White confronted Pettway, who broke down and confessed that she was not White's biological mother. The revelation was not entirely surprising to White as she had begun to notice that she did not share physical traits with Pettway. Pettway lied and told White that she had been abandoned by a drug addict. At age 23, White used websites such as the National Center for Missing and Exploited Children, where she found that the images of the kidnapped Carlina resembled infant photos of herself as Nejdra and those of her daughter, Samani. She called the center's hotline and was able to contact her birth family. DNA profiling confirmed in January 2011 that she was the missing Carlina White.

In 1987, New York City Police Department detectives questioned a woman in Baltimore, who witnesses had identified as having been seen in the hospital, without apparent result.

After the confirmation that Nejdra Nance was really Carlina White, the Federal Bureau of Investigation began a search for Ann Pettway. The statute of limitations for the state kidnapping law had expired in New York, but there is no statute of limitations for the federal law on kidnapping. An arrest warrant for Ann Pettway was issued by the North Carolina Department of Correction on January 21, 2011, for violating her probation from a conviction for attempted embezzlement. White stated, "I just hope that the officials be able to get her in their hands, so we can just hear her side of the story now."

Pettway turned herself in to the FBI office at Bridgeport on the morning of January 23, 2011. She had driven from North Carolina to Connecticut to arrange care for her biological son. Pettway told federal investigators that she kidnapped White after enduring several miscarriages because of the stress over whether "she would ever be able to be a parent." Pettway did not enter a plea at her arraignment at the U.S. District Court for Southern New York in Manhattan, where she faced between 20 years and life in prison for kidnapping. On February 17, 2011, a federal grand jury indicted Pettway on the kidnapping charge.

On February 10, 2012, Pettway pleaded guilty to a federal kidnapping charge. As part of a plea bargain, prosecutors agreed to recommend to the judge a prison sentence of 10 to 12½ years. On July 30, 2012, Judge P. Kevin Castel sentenced Pettway, who was then 50 years old, to 12 years in prison. Pettway served her sentence in the Federal Correctional Ins*ution, Aliceville in Alabama until she was released on April 14, 2021.

Upon being reunited with her biological parents, Carlina White's attorney advised her to ask them about the cash settlement from the hospital. Joy White and Carl Tyson both confirmed that most of this money had been spent during the years before their reunion, and that a trust fund that had been established was obtainable only if Carlina had been found before the age of 21. Joy White later stated that there had been a falling out over the issue of the money.

In May 2011, public defender Robert Baum said that he met Carlina White during preparations for Ann Pettway's trial and that White agreed to testify on Pettway's behalf. By the following July, White became estranged from her biological parents. However, several months later, she contacted both of her biological parents individually, having had a bit more time to process the situation; she later publicly stated that the issue over settlement funds was "just a misunderstanding." While "Carlina White" is her legal name, as it appears on official do*ents, she says that she will continue to go by "Netty" in public since it was neither the name her biological parents gave her nor the name given to her by the woman who raised her, but rather is " I gave myself."

In 2014, White spoke at the Crimes Against Children Conference, the leading national training event for law enforcement professionals working to combat child victimization. As of 2014, she continues to have a relationship with her biological parents.

Description above from the Wikipedia article Kidnapping of Carlina White, licensed under CC-BY-SA, full list of contributors on Wikipedia. 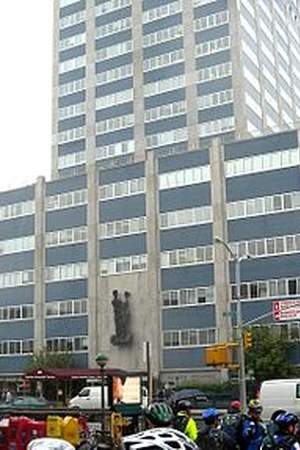