Katharine Alexander was an American actress. She appeared in 44 films between 1930 and 1951. She was born in Fort Smith Arkansas and died in Tryon North Carolina. She was one eighth Cherokee Indian. She planned to be a concert artiste and it was while she was giving a violin recital that she was seen by Samuel Goldwyn who gave her a chance on stage from where she rose to be one of Broadway's leading ladies. She was married to William A. Brady Jr.
Read full biography

She had one child, Barbara .

There are 43 movies of Katharine Alexander.

Her first feature film was The Hunchback of Notre Dame (1939, as Madame de Lys). She was 41 when she starred in this movie. Since 1939, she has appeared in 43 feature films. The last one is Sis Hopkins (1941). In this movie, she played the character Clara Hopkins .

Other facts about Katharine Alexander

Katharine Alexander Is A Member Of 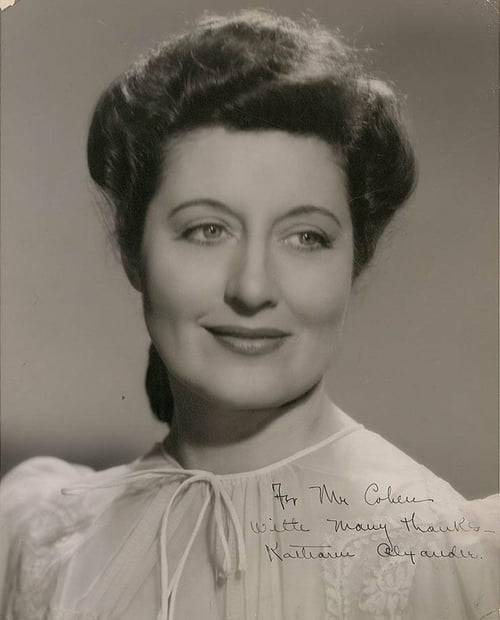