Karl Spiehs is a 91 years old Film producer from Austria. He was born on February 20, 1931 in Austria. His nickname is Carl Spiehs.

There are 66 movies of Karl Spiehs.

His first feature film was Devil Hunter (1980). He was 49 when he starred in this movie. Since 1980, he has appeared in 66 feature films. The last one is Jedermann liebt Karli Spiehs – Einer Legende auf der Spur (2017). In this movie, we watched him as himself .

Zwei Nasen tanken Super (1984) As Gangsterboss, he was 53 years old

Romy Award He was 58 years old 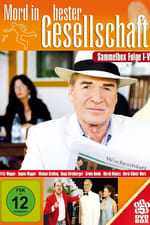 Mord in bester Gesellschaft He was 76 years old

Awarded Romy , awarded Gold Decoration for Services to the City of Vienna ,

When is Spiehs's next birthday?

Other facts about Karl Spiehs

Karl Spiehs Is A Member Of