Kameryn Kami Craig (born July 21 1987 in San Luis Obispo California) is an American water polo player. She was a member of the US water polo team that won a silver medal at the 2008 Beijing Olympics and a gold medal in London in 2012.Craig attended Santa Barbara High School graduating in 2005 and the University of Southern California graduating in 2010. She played water polo for the Trojans. 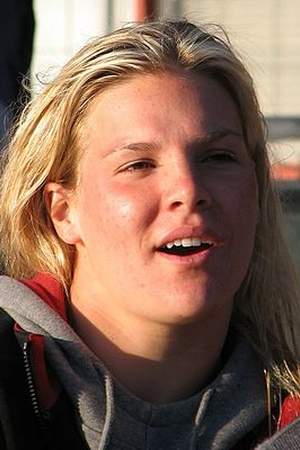