There are 12 movies of Juliet Polcsa.

The Sopranos He was 37 years old 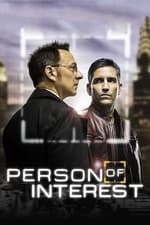 Person of Interest He was 50 years old

When is Polcsa's next birthday?