During her career, Cannarozzo trained at the Skating Club of Boston and was coached by Mark Mitchell and Peter Johansson. She made her Junior Grand Prix debut in the 2005–06 season and won two bronze medals. She just missed out qualifying for the Junior Grand Prix Final. At the 2006 U.S. Championships, she placed 5th on the junior level.

Cannarozzo dealt with injuries during the 2007–08 season. She competed twice on the Junior Grand Prix, placing 4th and 12th at her events. At the Eastern Sectional Championships, the last step in qualifying for the 2008 U.S. Championships, she placed 7th and did not qualify for Nationals.

Cannarozzo retired from competitive skating following the 2007–08 season. She then toured with Holiday on Ice in Europe. She currently performs as the primary soloist in the ice skating show Turn It Up! at Busch Gardens Tampa Bay.

Cannarozzo played the role of Zoey Bloch in the Disney movie Ice Princess. She has also appeared in commercials in Taiwan.

Description above from the Wikipedia article Juliana Cannarozzo, licensed under CC-BY-SA, full list of contributors on Wikipedia. 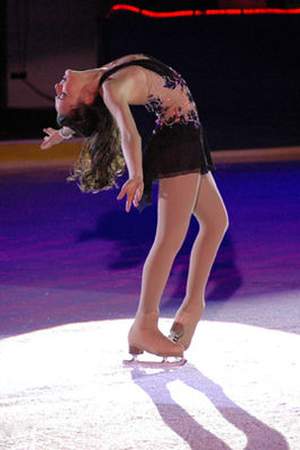