Julian Wintle was a TV and film producer who worked on many British films and TV series including The Avengers. Wintle was a member of the Bryanston Consortium from 1959 to 1963. For several years in the early 1960s he was head of Beaconsfield Film Studios and a director of Independent Artists Ltd. which produced Lindsay Anderson's This Sporting Life. His sons are the musician and publisher Christopher Wintle and the writer Justin Wintle.
Read full biography

He had one child, Christopher .

There are 15 movies of Julian Wintle. 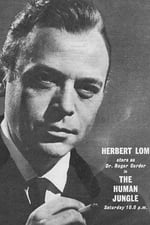 The Human Jungle He was 50 years old

Other facts about Julian Wintle

Julian Wintle Is A Member Of