Julia Roberts is a 54 years old American actress from Smyrna, Georgia. She was born on October 28, 1967 in Smyrna, Georgia as Julia Fiona Roberts. Her nickname is Julie Roberts. 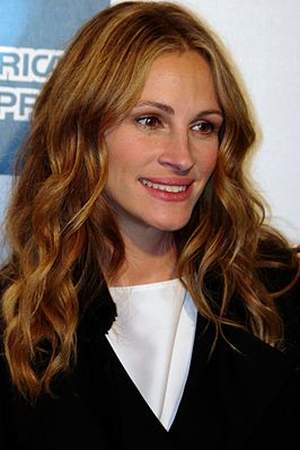 Julia Fiona Roberts is an American actress and producer. She became a Hollywood star after headlining the romantic comedy Pretty Woman which grossed $464 million worldwide. After winning two Golden Globe Awards and also receiving Academy Award nominations for Steel Magnolias and Pretty Woman she won the Academy Award for Best Actress for her performance in Erin Brockovich.
Read full biography

Her mother died at the age of (Julia was 47 years old). When Julia born she was 33 years old.

She has three children, Hazel , Henry and Phinnaeus .

There are 62 movies of Julia Roberts.

Her first feature film was Pretty Woman (1990, as Vivian Ward). She was 22 when she starred in this movie. Since 1990, she has appeared in 62 feature films. The last one is Small Great Things. .

America's Sweethearts (2001) As Kathleen "Kiki" Harrison, she was 33 years old

Miami Vice She was 16 years old

The Tonight Show with Jay Leno She was 24 years old 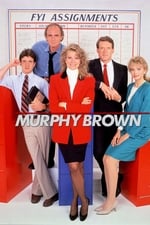 Murphy Brown She was 21 years old 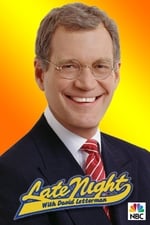 Late Night with David Letterman She was 14 years old

Other facts about Julia Roberts 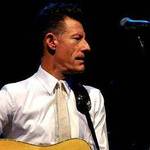 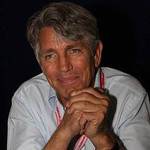 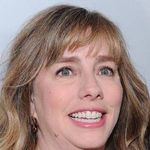 Julia Roberts Is A Member Of 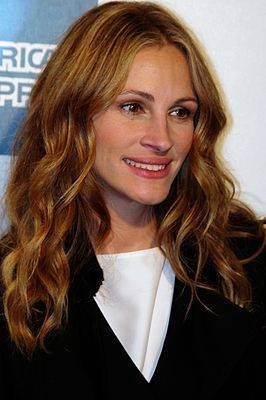