Born on February 18, 1906, he was the oldest child of José Gabriel de Ocampo and Felicia Gómez. He was first educated at Colegio de La Inmaculada Concepción in Vigan, Ilocos Sur, then moved to Manila and studied at the Ateneo de Manila and the Mapúa Ins*ute of Technology. He eventually received his Bachelor of Science degree in Architecture at the University of Santo Tomas.

He married Carmen Ravasco y Nakpil of Santa Cruz, Manila, on May 26, 1934, Together, they had 8 children.

He is best known for his work on the Antipolo Cathedral which was completed in 1954 after.the old church was destroyed during World War II.

After his architectural career, he relocated to San Mateo, California, where he retired and devoted himself to painting and other visual arts..He died in San Mateo on September 25, 1995.

Description above from the Wikipedia article Jose L. de Ocampo, licensed under CC-BY-SA, full list of contributors on Wikipedia. 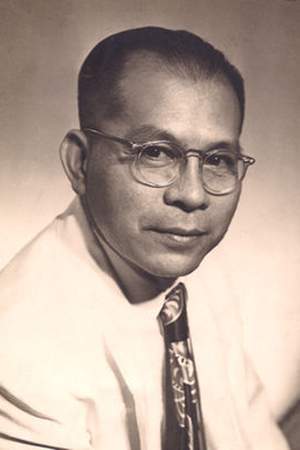