John Thiessen was a farmer and political figure in Saskatchewan. He represented Shellbrook from 1956 to 1964 in the Legislative Assembly of Saskatchewan as a Co-operative Commonwealth Federation member. He was born in Aberdeen Saskatchewan the son of J. J. Thiessen of Dutch descent and was educated there. In 1929 Thiessen married Maria Loeppky. He lived in Canwood.
Read full biography

Other facts about John Thiessen

John Thiessen Is A Member Of 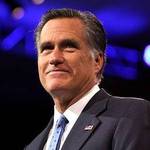