Awarded Canadian Medical Hall of Fame in 2012 , nominated Nobel Prize in Physiology or Medicine in 1923 , awarded Fellow of the Royal Society ,

He graduated from University Of Aberdeen

Other facts about John Macleod

John Macleod Is A Member Of 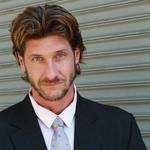