​From Wikipedia, the free encyclopedia.   John Thompson Gulager is an actor, cinematographer and film director. Description above from the Wikipedia article John Gulager, licensed under CC-BY-SA, full list of contributors on Wikipedia.
Read full biography 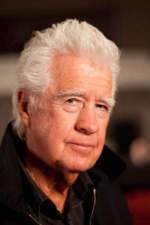 There are 14 movies of John Gulager.

When is Gulager's next birthday?

Other facts about John Gulager

John Gulager Is A Member Of