Jared Antonio Farrow (born October 14, 1987), better known by his stage name Jay Pharoah, is an American actor, stand-up comedian, and impressionist. He joined the cast of NBC's Saturday Night Live in 2010, for its thirty-sixth season. In 2015, he was ranked the 55th greatest Saturday Night Live cast member by Rolling Stone magazine.

Pharoah began doing impersonations at age six and cites Gilbert Gottfried's character in Aladdin, Iago, as his first voice, explaining, "My father put me in a talent competition a couple of months later, and out of the whole thing I got fifth place."

In 2005, Pharoah graduated from Indian River High School in Chesapeake. One of his characters, Principal Daniel Frye, is heavily influenced by IRHS's former principal, James Frye. Pharoah went on to study business at Tidewater Community College and Virginia Commonwealth University.

Pharoah has been performing stand-up comedy in community theaters and at comedy clubs in Virginia since he was 15. He at one point toured with Corey Holcomb and Charlie Murphy.

Pharoah became an internet phenomenon when his impersonation of Barack Obama became widely seen on YouTube.

In 2010, Pharoah was hired by Saturday Night Live as a featured player for the show's 36th season. Pharoah debuted on Saturday Night Live on September 25, 2010 and was regarded by Rob Moynihan of TV Guide as the "breakout player" for that season, for his impersonations of Barack Obama, Ben Carson, Kanye West, Jay-Z, Stephen A. Smith, Will Smith, Eddie Murphy, Tracy Morgan, Chris Rock, Chris Tucker, Michael Strahan, Lil Wayne, Kendrick Lamar, and Denzel Washington. He debuted his SNL impersonation of Barack Obama in the 38th season premiere on September 15, 2012, succeeding Fred Armisen in that role. Rolling Stone magazine described him as the "Jimmy Fallon of 2 Chainz impressions."

In 2016, he appeared in a commercial for Old Navy, alongside fellow SNL cast members Nasim Pedrad and Cecily Strong. On August 8, 2016, it was announced Pharoah alongside fellow cast member Taran Killam would be exiting the show ahead of its 42nd season. Pharoah hosted the American Music Awards of 2016 with model Gigi Hadid. Pharoah has been working on his first album with record producer Myles William.

In June 2020, amidst the ongoing George Floyd protests, Pharoah released footage showing how, in April 2020, he was detained at gunpoint by the Los Angeles Police Department, with an officer kneeling on Pharoah's neck in the same manner as that which caused the murder of George Floyd. Pharoah had met the generic description of a "black man in grey sweatpants and a grey shirt." After the officers googled Pharoah's name, they apologized and let him go.

Description above from the Wikipedia article Jay Pharoah, licensed under CC-BY-SA, full list of contributors on Wikipedia. 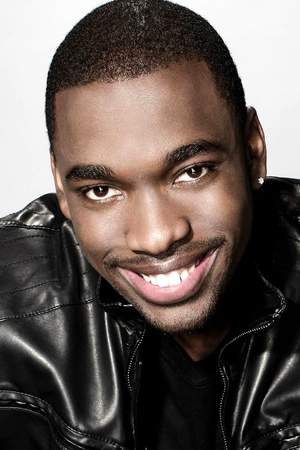