Chang Joon “Jay” Kim is a former politician from California and ambassador for Korean-American relations. He was the first Korean-American to be elected to the United States Congress.
Read full biography

There is 1 movie of Jay Kim.

Other facts about Jay Kim

Jay Kim Is A Member Of 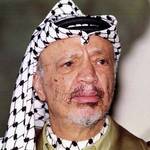