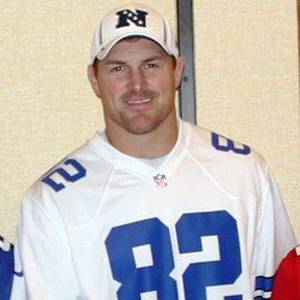 Jason Witten is an American football player tight end. He was born on May 06, 1982 (39 years old) in Knoxville, Tennessee. His nickname is Witten Christopher Jason; Witten C. Jason.

Christopher Jason Witten is an American football tight end for the Dallas Cowboys of the National Football League. He played college football for the University of Tennessee and was drafted by the Cowboys in the third round of the 2003 NFL Draft. He holds the Cowboys franchise record for career receptions.
Read full biography

How tall is Jason Witten?

When is Witten's next birthday?

Other facts about Jason Witten

Jason Witten Is A Member Of 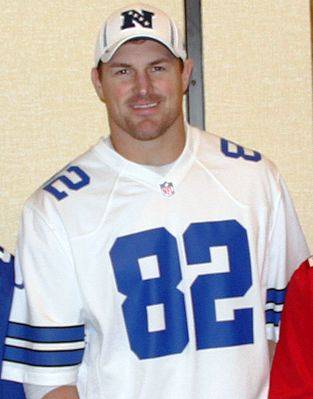