Captain Isaac Schomberg was a highly controversial officer of the British Royal Navy whose constant disputes with senior officers resulted in courts-martial lawsuits and the eventual stagnation of his career. However despite his contentious nature Schomberg was a brave officer who gained distinction in several actions during the American Revolutionary and French Revolutionary Wars.
Read full biography 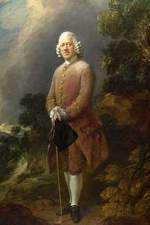 Other facts about Isaac Schomberg

Isaac Schomberg Is A Member Of