Irina Lachina is a 49 years old Moldovan actor from Bălți. She was born on August 29, 1972 in Bălți as Irina Olegovna Latchina. Her nickname is Ira Latchina Irina Toma Ira Toma Ira Laczina.

Her mother is Soviet actor When Irina born she was 25 years old. 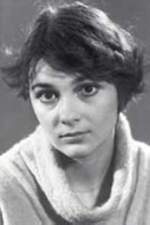 When is Lachina's next birthday?

Other facts about Irina Lachina

Irina Lachina Is A Member Of