Indian HistorianNot to be confused with S. Irfan Habib.

Irfan Habib (born August 10, 1931) is an Indian historian of ancient and medieval India, following the methodology of Marxist historiography in his contributions to economic history. He identifies as a Marxist and is well known for his strong stance against Hindutva and Islamic fundamentalism. He has aut*d a number of books, notably the Agrarian System of Mughal India, 1556–1707, an Atlas of the Mughal Empire: Political and Economic Maps With Detailed Notes, and an Atlas of Ancient Indian History (with Faiz Habib). As the general editor, he is also the driving force behind the A People's History of India series, volumes of which continue to be released.

Habib was born in an Indian Muslim family, the son of Mohammad Habib, a Marxist historian and ideologue belonging to the Communist Party of India (Marxist), by his wife Sohaila Habib (née Tyabji). His paternal grandfather was Mohammad Naseem, a wealthy barrister and member of the Congress party, and his maternal grandfather was Abbas Tyabji, sometime Chief Justice of the High Court of Baroda princely state, and noted follower of Mahatma Gandhi.

Habib's wife Sayera Habib (née Siddiqui) was Professor of Economics at Aligarh Muslim University (AMU). The couple have three sons and a daughter.

After returning from Oxford, Habib joined AMU as a member of the faculty; he was Professor of History at Aligarh from 1969–91 and is presently a Professor Emeritus. He delivered the Radhakrishnan Lecture at Oxford in 1991. Habib is an Elected Corresponding Fellow of the British Royal Historical Society since 1997.

Habib has worked on the historical geography of Ancient India, the history of Indian technology, medieval administrative and economic history, colonialism and its impact on Indian historiography.

Habib identifies as a Marxist and uses Marxist historiography in his work.

Habib has also written books about Vedas and Vedic age, and he considers the Vedas to be a good historical source, which describes transmission in a priestly culture, that valued faithfulness. He further lays out the reasons that the texts were orally transmitted for hundreds of years, then they were finally written down.

Habib has a sustained commitment to secularism. He led the historians at the Indian History Congress of 1998 who moved a resolution against the "saffronisation" of history. He has said that the BJP government at the Centre which was in power from 1998–2004, especially the MHRD Minister himself, were responsible for inventing facts and dates to suit their interpretation of Indian history. To counter Irfan Habib, Murli Manohar Joshi released a book which rebuts the history of what the former minister calls '‘Habib & Co'’.

Description above from the Wikipedia article Irfan Habib, licensed under CC-BY-SA, full list of contributors on Wikipedia. 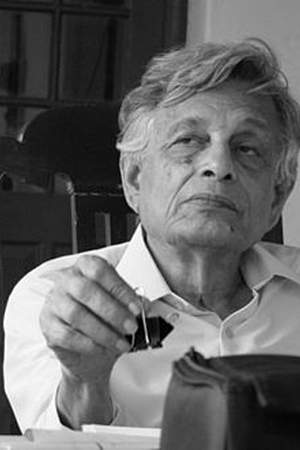