Indira Anne Varma (born 27 September 1973) is a British actress and narrator. Her film debut and first major role was in Kama Sutra: A Tale of Love. She has gone on to appear in the television series The Canterbury Tales, Rome, Luther, Human Target, and Game of Thrones (playing Ellaria Sand). In September 2016, she began starring in the ITV/Netflix series Paranoid, as DS Nina Suresh. She also stars in the Amazon Prime series, Carnival Row.

Varma was raised in Bath, Somerset, the only child of an Indian father and a Swiss mother who was of part Genoese Italian descent. She was a member of Musical Youth Theatre Company and graduated from the Royal Academy of Dramatic Art (RADA) in London, in 1995.

Varma, a method actress, has had a number of television and film roles, including Kama Sutra: A Tale of Love in 1996, Jinnah in 1998, and Bride and Prejudice in 2004, and the young Roman wife Niobe during the first season of BBC/HBO's historical drama series Rome. Her character appeared briefly in the second season of the award-winning series when it aired on 14 January 2007.

In 2006, she played Suzie Costello in the first and eighth episodes, "Everything Changes" and "They Keep Killing Suzie", of BBC Three's science-fiction drama series Torchwood. She appeared as Dr Adrienne Holland in the CBS medical drama 3 lbs which premiered on 14 November 2006 and was cancelled on 30 November 2006 due to poor ratings. Varma guest starred in the fourth-season premiere of hit US detective drama Bones as Scotland Yard Inspector Cate Pritchard. She also played the role of Zoe Luther in the first series of the BBC drama Luther.

Varma played the role of Ilsa Pucci in the second season of the Fox series Human Target until the show was cancelled on 10 May 2011.

In 2014, Varma was cast as Ellaria Sand, the paramour of Oberyn Martell in season four of the HBO series Game of Thrones. She played the role through season seven.

She lent her voice to the Circle mage Vivienne, in the 2014 role-playing video game Dragon Age: Inquisition. Later on, she also gave her voice to Katherine Proudmoore in Battle for Azeroth, one of the most recent expansion in the MMO role-playing game World of Warcraft.

In 2016, she played the lead role of DC Nina Suresh in the eight-episode British television drama Paranoid, streamed worldwide on Netflix.

She portrays a reform-minded corrections official in the 2020 ABC legal drama For Life, and will star opposite Ewan McGregor and Hayden Christensen in the upcoming Obi-Wan Kenobi series for Disney+.

In 1997, Varma played Bianca in Shakespeare's Othello at the National Theatre, London. In 2000 to 2001, she appeared in Harold Pinter and Di Trevis's NT stage adaptation of Pinter's The Proust Screenplay, Remembrance of Things Past, based on À la recherche du temps perdu, by Marcel Proust. In the summer of 2001, she played Gila in One for the Road, by Harold Pinter, at Lincoln Center for the Performing Arts in New York City.

In 2014, Varma played Tamora, Queen of the Goths, in Lucy Bailey's "gore-fest" production of Titus Andronicus at Shakespeare's Globe. In 2015, she appeared alongside Ralph Fiennes in George Bernard Shaw's Man and Superman at the National Theatre. In 2020, pre-lockdown, she starred in Chekhov’s The Seagull as Irina alongside Game of Thrones co-star Emilia Clarke at the Playhouse Theatre. Her 2019 performance in Present Laughter at The Old Vic theatre earned Varma an Olivier Award for Best Actress in a Supporting Role.

Varma and her husband Colin Tierney live with their daughter Evelyn in Hornsey, North London.

In March 2020, Varma revealed that she had tested positive for COVID-19.

Description above from the Wikipedia article Indira Varma, licensed under CC-BY-SA, full list of contributors on Wikipedia. 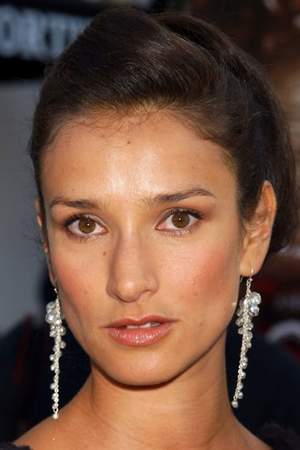