x Dennis is a British publisher poet spoken word performer and philanthropist. His company Dennis Publishing pioneered computer and hobbyist magazine publishing in the United Kingdom. In more recent times the company has added lifestyle titles such as its flagship brand The Week which is published in the UK and the United States.
Read full biography

There is 1 movie of Felix Dennis.

He graduated from Haydon School

Other facts about Felix Dennis

Felix Dennis Is A Member Of 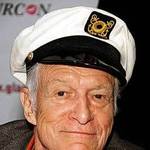