Born in Hamilton, Ohio, Millikin graduated from the law school of the University of Colorado at Boulder in 1913. He was admitted to the bar the same year and commenced practice in Salt Lake City, Utah. He entered politics and served as executive secretary to the Governor from 1915 to 1917. During World War I he enlisted as a private in the Colorado National Guard in 1917, saw action in France and was mustered out as a lieutenant colonel. Millikin resumed the practice of law in Denver, Colorado, and became president of Kinney-Coastal Oil.

Millikin identified with the conservative wing of the Senate GOP. He also voted for an FEPC bill in 1950 in addition to bolstering President Harry Truman's army desegregation.

In a meeting of the Joint Congressional Committee on Atomic Energy on July 20, 1949 he opposed - supported by Senator Arthur Vandenberg - a cooperation between the US and the UK in the production of atomic weapons because he believed that the American public opinion *umed that the US monopoly possession of atomic weapons gave the US a real advantage in an uncertain world.

Millikin died in Denver in 1958 and was interred in the Fairmount Mausoleum at Fairmount Cemetery in Denver.

Description above from the Wikipedia article Eugene Millikin, licensed under CC-BY-SA, full list of contributors on Wikipedia. 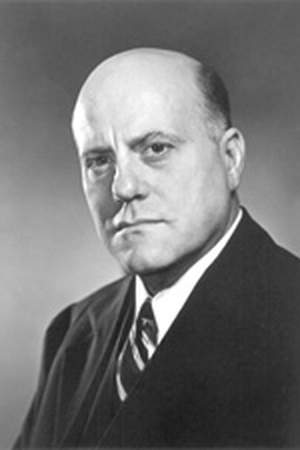